I recently got a PowerMac G4 QuickSilver and I wanted to do some stuff on it.

However, I wanted git to get some developement done on this machine. So I installed Xcode from the Tiger DVD, downloaded and copied on the PowerMac the current snapshot of git and ran make.

After an evening of trial and errors (lots, in facts), I've finally come up with this invocation:

Then, after putting export PATH=~/bin:~/.bin:$PATH in ~/.profile and running git I was greeted with this: 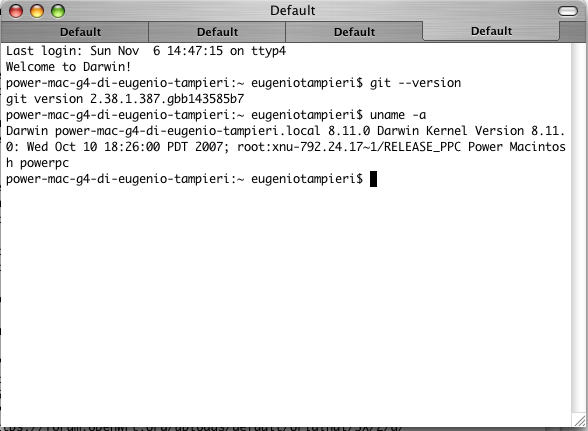 Let's break down the make invocation:

Those deal with missing symbols from linked libraries.

And with that I'm done for a while! Bye from my G4! 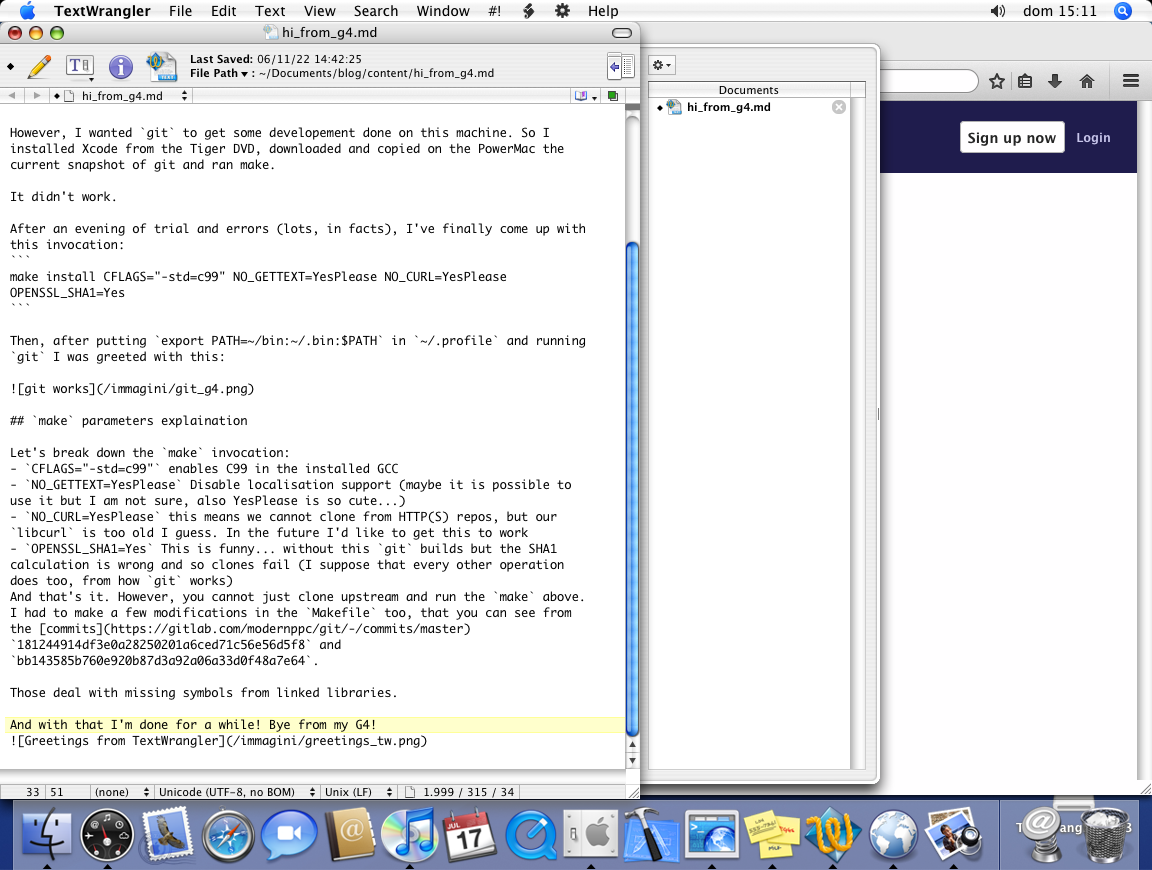